A deli tasted success when it was pronounced overall winner at the inaugural Wimborne Business Awards.

The East Street Deli was also named Independent Business of the Year.

Owners Simon and Claire Warren, both 42, only opened the independent delicatessen in June 2020. Simon said: “To win one award made our day, our week, our year, but to win overall business is just incredible.

“Our thanks go to all the other businesses in the town, our customers but, above all, our family and our parents who have given us unwavering support. “Without them we wouldn’t have done this.”

Claire, who married Simon in 2015, added: “We’re just blown away with the support we’ve received.

“We are so fortunate to have such a loyal customer base.”

The East Street Deli was among 15 businesses and services honoured at the awards, held at Wimborne’s Allendale House. They were organised by MW Events with the awards ceremony hosted by its Managing Director, Nigel Reeve. A total of 243 entries were received for the 15 categories.

Wimborne Mayor Cllr Kelly Webb, who presented the winners with their framed certificates, highlighted the town’s economic strength, describing it as “one big success story”. She added: “We’ve seen very little in the way of business failure and empty premises in the town. That’s not to say that some businesses won’t have had difficult times. I’m sure some of you would have had sleepless nights over the last couple of years. But the strength and character of this town encourages positivity and generous community spirit.”

Tammy Sleet, BID Manager of Wimborne Business Improvement District (BID), said they couldn’t believe their good fortune after being approached by Nigel Reeve last year about staging the awards. The BID had talked about holding such an event for several years.

Addressing more than 60 people at the awards, Tammy said: “Today is focused on you and on celebrating our local business owners and our wonderful town.  The business awards have really given a focus to good news stories about the town. There is so much doom and gloom about the health of town centres at the moment. While I know things are tough out there, and are probably going to get harder, the business awards give us a chance to pause and appreciate how vibrant and thriving Wimborne is. They give us a chance to take a breath and celebrate just how far we’ve come and the challenges we have already navigated. You are all winners really.”

Paying tribute to organiser Nigel Reeve, and also Dorset Biz News as the awards’ media partner, Tammy added: “Seeing the positive media coverage of the awards, thanks to Nigel and his team, and the support of Dorset Biz News, has been so uplifting and shows the public that Wimborne is thriving and open for business.” 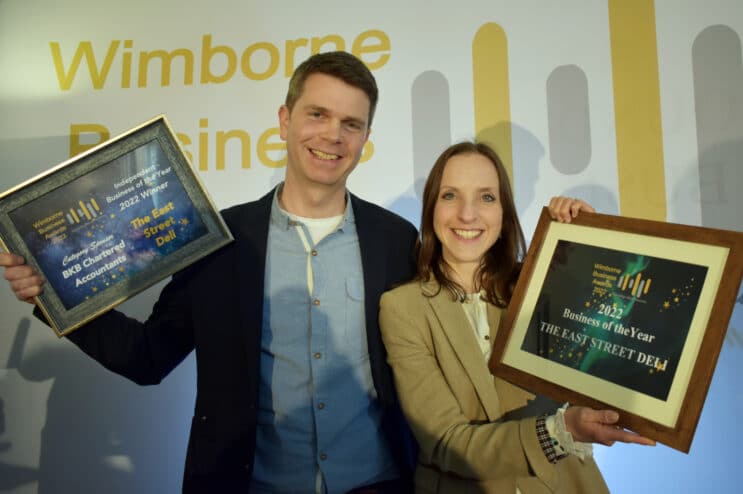 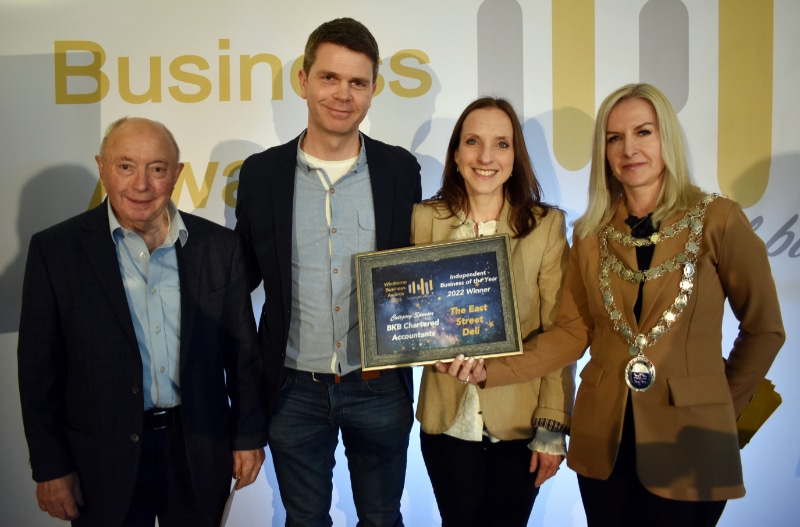